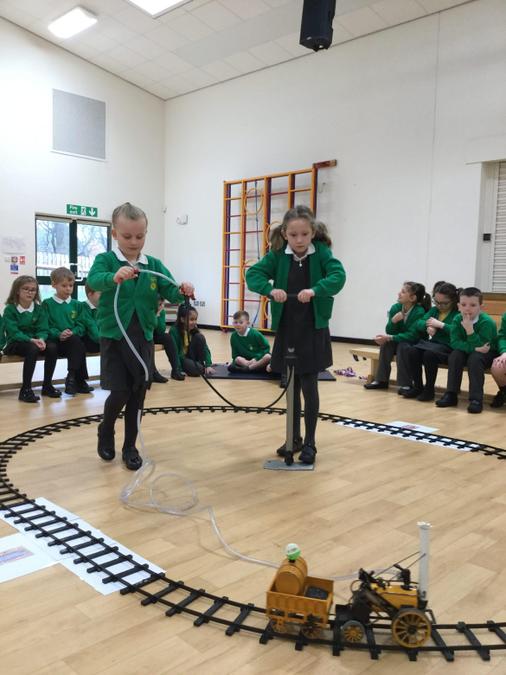 This morning, Maple class was visited by Mr Birchall from Victorian Inventions Workshops who came to tell us all about George Stephenson and the Rocket locomotive. We had a fantastic time! 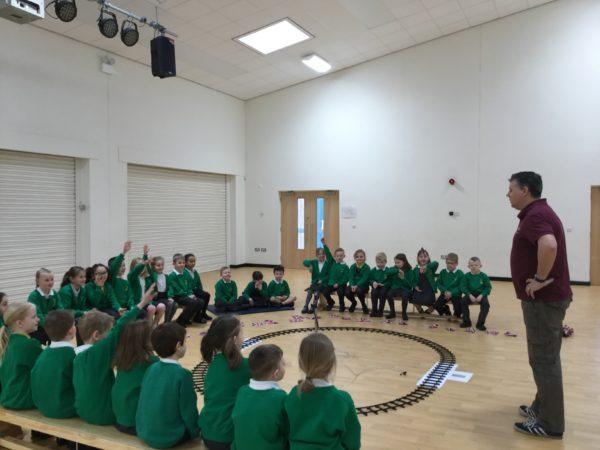 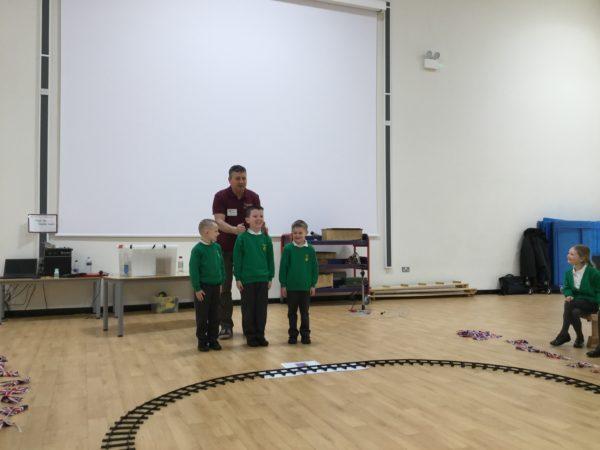 But when we found out that children could get stuck in the chimneys, we realised we were better off in school!

Mr Birchall then told us all about how the steam train was invented and how steam powered the pistons to move the train. Then it was time for our very own Rainhill trials!

The names of the trains were called and we cheered the loudest for the Rocket locomotive. 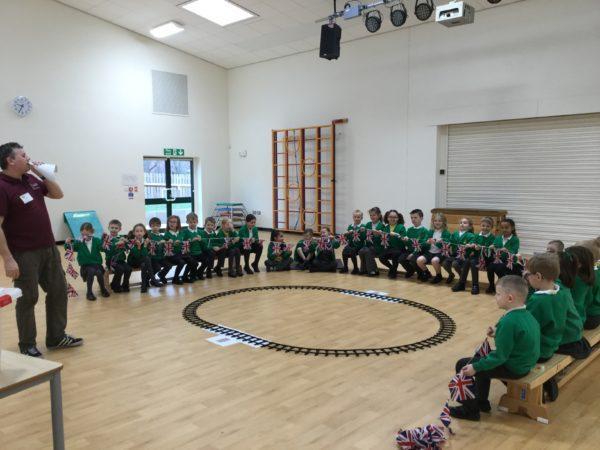 All the children had a go at using air power to move the Rocket around the tracks. 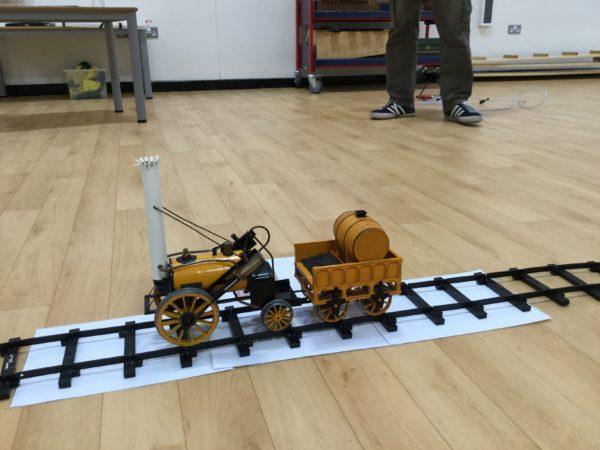 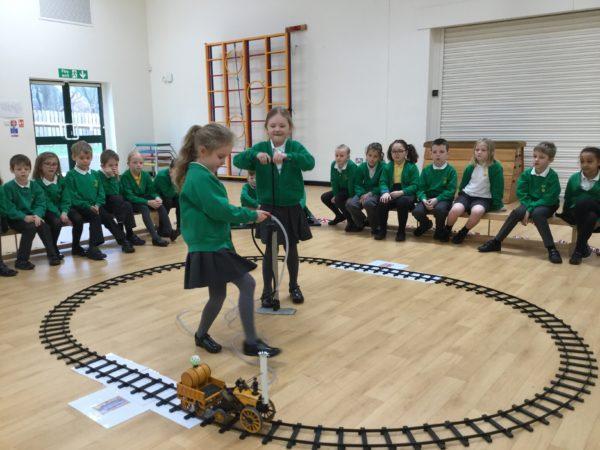 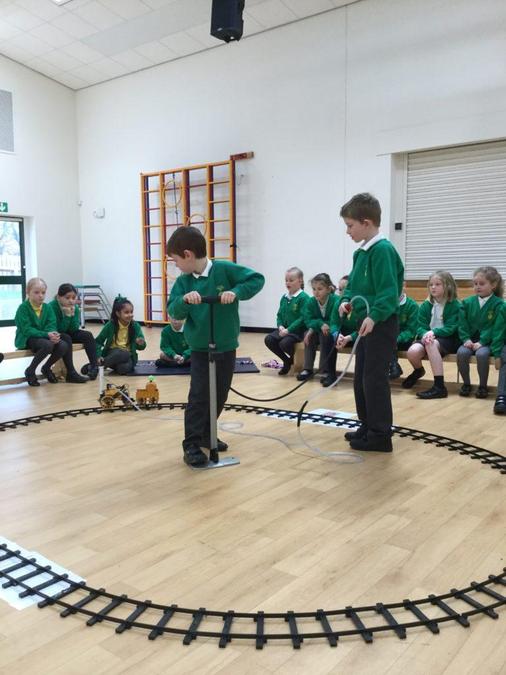 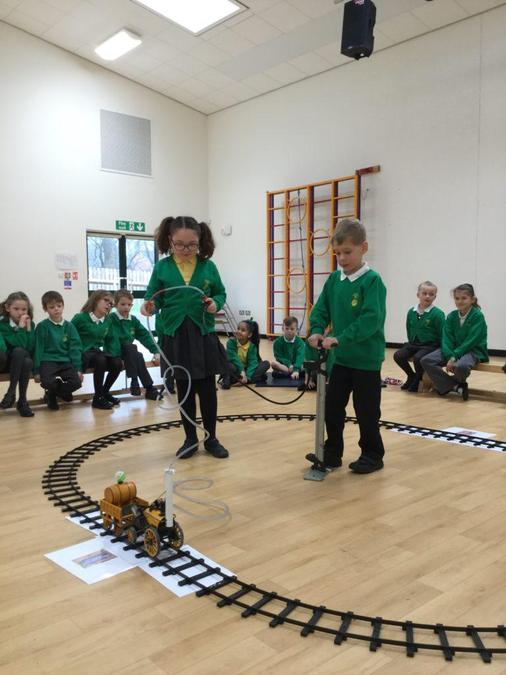 The times were analysed and first, second and third place was announced. 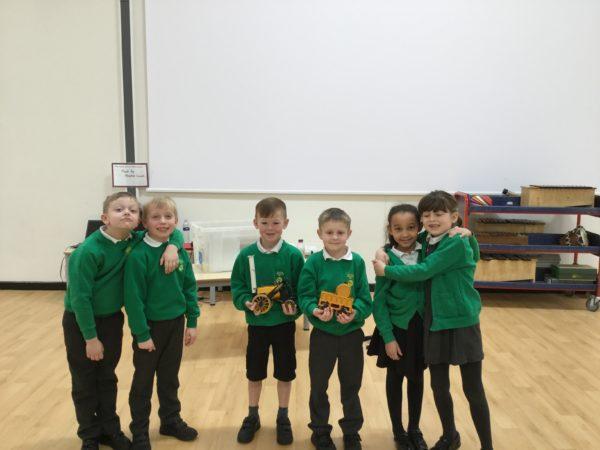 After our time in the hall, the children were given the opportunity to dress up in some Victorian clothes. 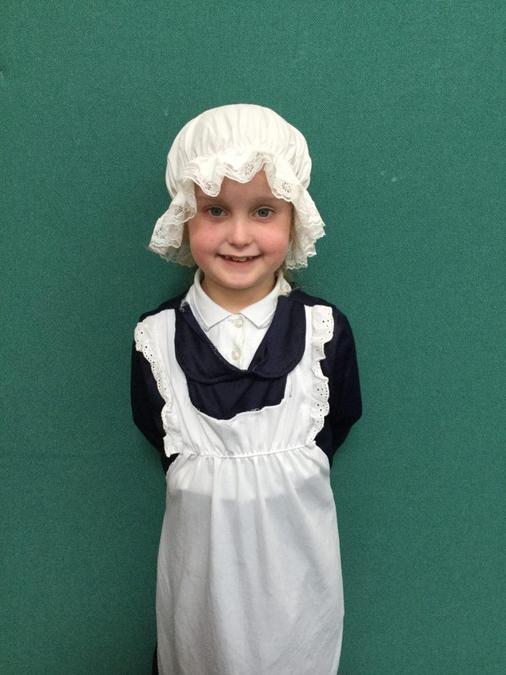 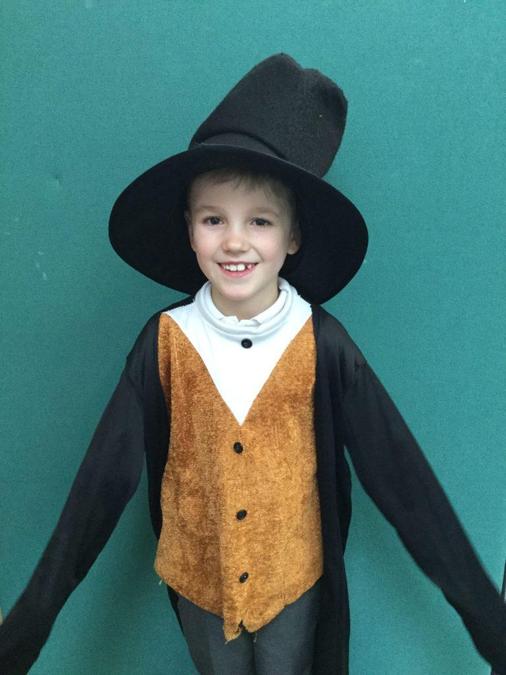 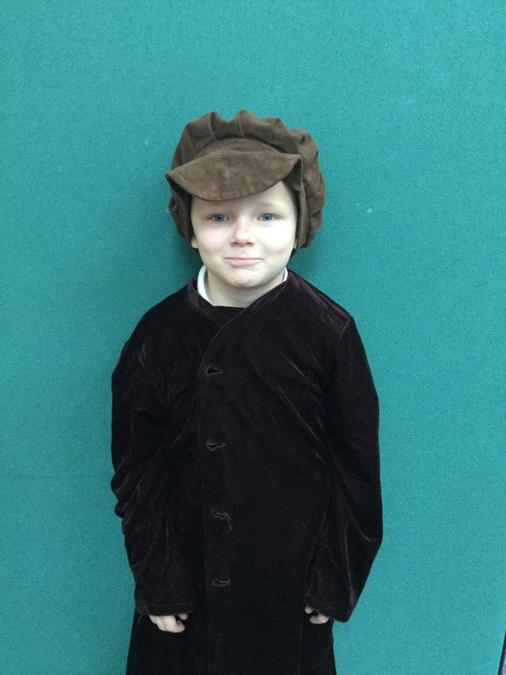 Thank you Mr Birchall. We had a lovely morning!