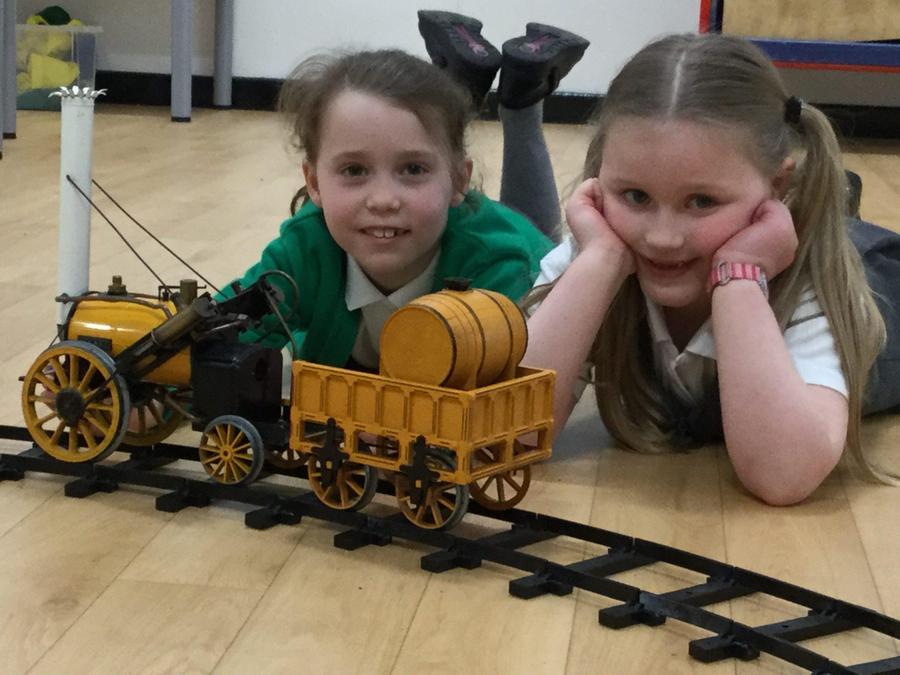 This morning we had a fantastic time learning all about the Rainhill Trials and George Stephenson.  First we talked about children and their lives during the Victorian times and we all got to dress up in some Victorian clothes. 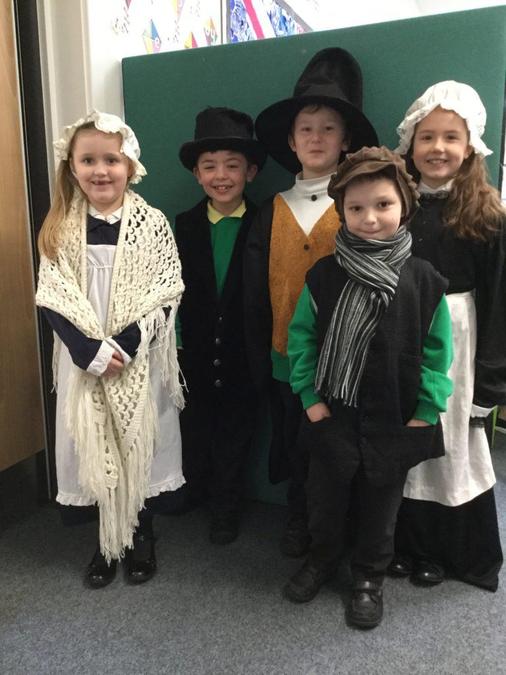 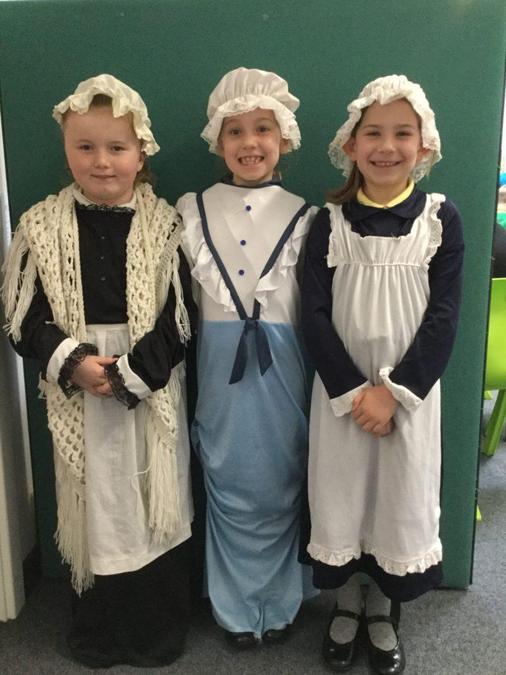 As you can see from our faces we loved it .  Unfortunately, we then found out that if we were really in the Victorian times we would have been sent out to work which we didn’t like at all !  We all chose a job.  Some children chose chimney sweeps, doffer girls in factories , working on farms and even in the coal mines.  We soon realised that it must have been hard to be a child at that time, and that they didn’t have any fun.

We learned all about the steam engines and Mr Birchall from Victorian Inventions Workshops was able to explain how steam engines worked and who George Stephenson was.

He then told us that the factories and farms that we worked for had given us a day off to go to watch the Rainhill trials ! 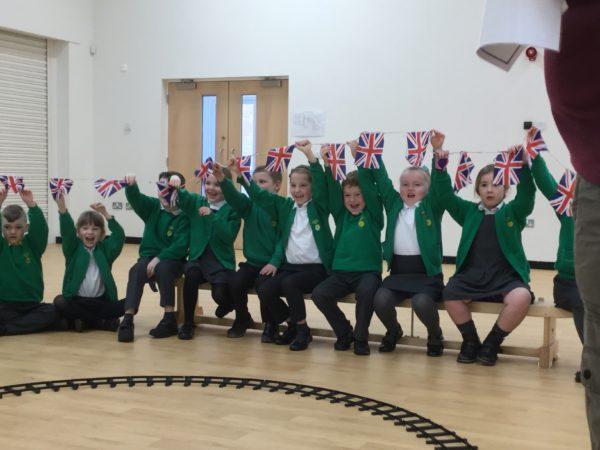 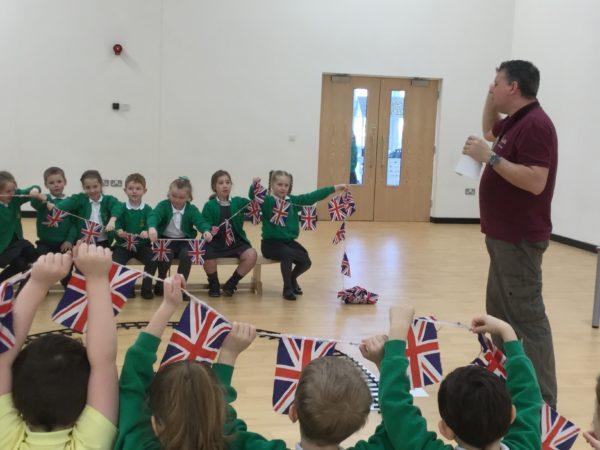 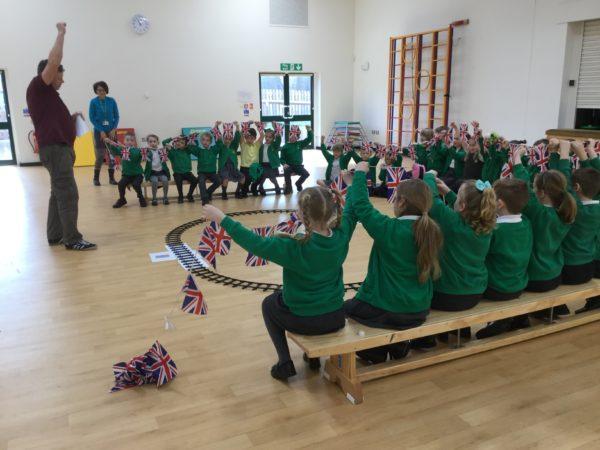 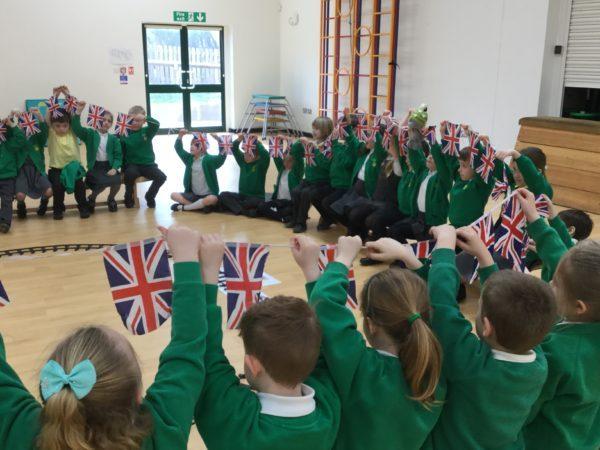 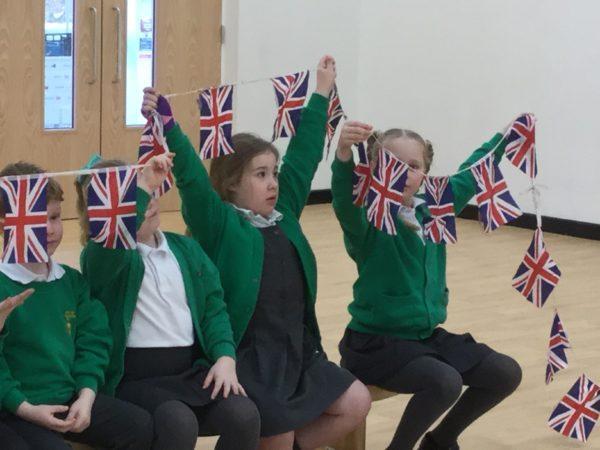 We were so impressed that we cheered every time we found out about a new engine that was entering the competition . But, we all knew that Robert and George Stephenson’s Rocket was the favourite to win and when the Rocket came onto the track we cheered very loudly indeed !! 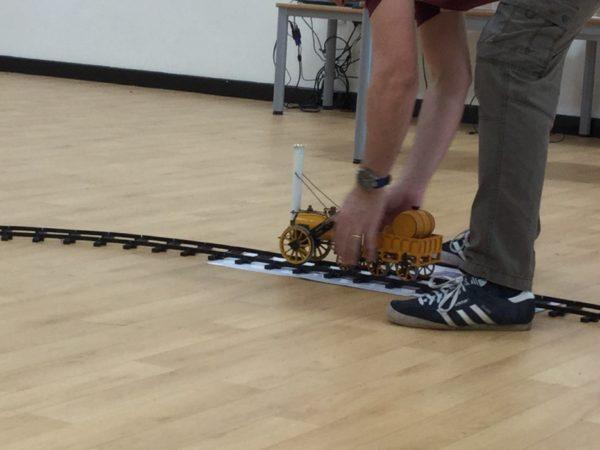 We talked about steam power as being a gas that pushed the pistons to make the engine move.  We then all used air power to push the Rocket along the tracks … 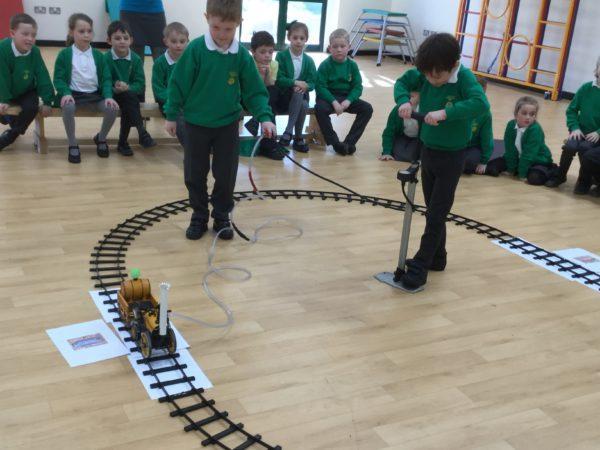 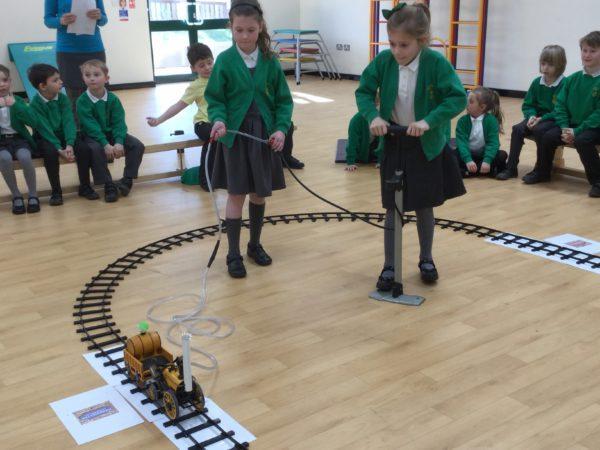 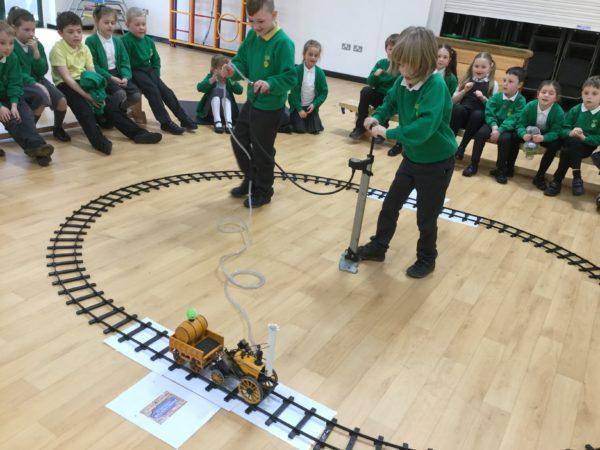 Mr Birchall timed our efforts to get the Rocket from Manchester to Liverpool and back again………   and the winners were announced to huge applause ! 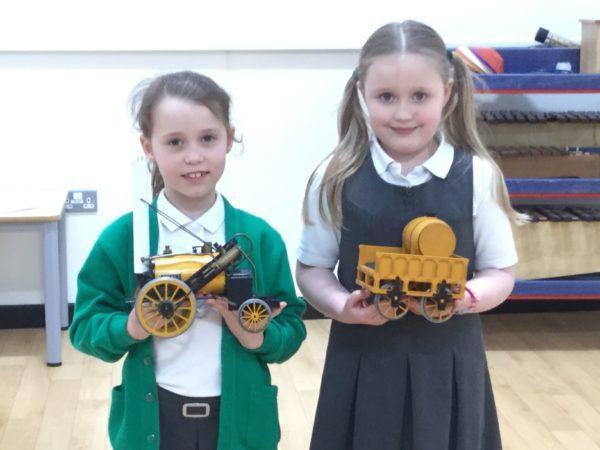 Thank you Mr Birchall for an amazing day .  We all thought it was brilliant !